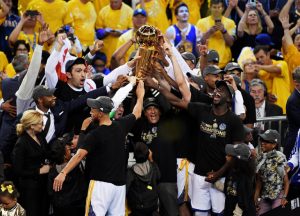 The NBA season 2017/18 is about to start on the 17/10/17 and once again Sportpunter will be releasing predictions every day for every match. Over the seven years that we have been producing probabilities for we have made substantial profits.

However these amounts can be increased through analysis by not betting at certain stages of the season and with certain overlays. We have shown previously (for example here or here ) that profits can be maximised at the start of the season. Profits in the past have traditionly been extremely good early in the season and then level out throughout the season before turning bad just before playoffs.

Limiting ones betting to the start and middle of the seasons, history suggests, should increase ones profits substantially from those figures shown above.
We have re-analysed the data to show you how much more one could make by limiting your betting later in the season.
Show below is a table showing the mimumum number of matches in that season that a team has played. So for example, if Team1 plays team2 and team1 has played 15 games, and team2 19 games, then the minimum number of games for this match is 15.

If we don’t include post season matches, then the profit increases to 3.8% ROI from 3868 bets.

Similarly the table below shows a similar result, but profits are not there in the month leading up the the playoffs. This could be due to different motivations for teams. Profits up to around minimum matches 70-80 are most profitable with profits getting up to 3.2% ROI from 3156 bets.

However profits for totals seem to be consistent throughout the year. Theres a small loss in the middle of the season, but this could be attributed to random variation. Profits have been made during the post season matches.

One thing is for sure, is that profits are especially good from the word go. That is, as soon as the season starts, the best profits are made. So its important to get on board early.

This is the first article of a four part series. In the next article we will look at how we have gone when compared to the finishing line.
To sign up to the Sportpunter 2017/18 NBA model, click here for details.