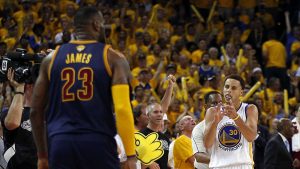 We previously (http://www.sportpunter.com/2017/10/sportpunter-nba-odds-analysis-part-1/ ) looked at how the Sportpunter NBA model had done as the season progresses, but how much of that is random variation and how much is a true reflection of how powerful the model actually is?

One way to analyse how good the model is is comparing our bets to the Pinnacle finishing line. If our bets are really good, then the finishing line should in theory move in the direction of our suggested bet. In other words, we take on the assumption that as we get closer to the start of the match, the odds become a more accurate representation of what the true odds of each team are to win.

Shown below is a table for head to head betting that shows the %difference of the odds that we suggested a bet at compared to the finishing pinnacle odds for that match. A %change in odds that is greater than 1 indicates that the odds have come in (and we have obtained better odds than the finishing price), and likewise a %difference of the odds that is less than 1 indicates that the odds have ballooned against us.

Some of these cases could be to players changing due to injury, but the majority of cases would be smart money. In that we got on the team before smart money moved the prices. The same goes for the opposite end of the stick. If the price moves against our favour then on average we lose 6.2% ROI from 1803 bets.
There are a couple of things to note here, the profits when the odds move in our favour significantly are a lot higher than the losses if the move against us and also that the above also table includes post season analysis which was previously shown to produce poor results.

We can do the same analysis with line betting as shown below. However this time, instead of looking at the %change in odds, we look as the change in the finishing line.

This shows a very similar pattern to that of head to head betting as you would expect.
Totals betting provides the best results as shown on the table below

Clearly this shows that whilst h2h betting and line betting are profitable, totals betting is amazingly stronger.
So in conclusion, assuming that the finishing line is a more efficient and accurate measure of the true probability of each team winning, then our model holds up very well, especially with totals betting.
In the next article I will look at how profits
and expected profits based on finishing prices go betting throughout the season.
To sign up to the Sportpunter 2017/18 NBA model, click here for details. http://www.sportpunter.com/sports/basketball/nba/