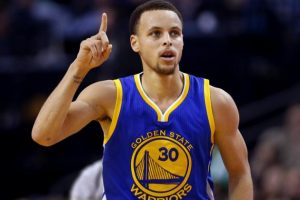 This is the final of the four part model analysis of our NBA model. To view the other articles first, then follow these links for articles one, two and three.
Many will know that when I release probabilities for NBA I release them at two different times. The first is around 6pm and the later around 9am. This is because at 6pm Australian time, bookmakers have prices up some, but usually not all the matches. Perhaps they are waiting on team injury news, but at the time of uploading, not all the odds are available for all the matches. When I update the probs at around 9am, I add the current odds to all the matches that did not have bets.

So which update has done better? The answers below.

Unfortunately I only starting recording at what time the updates occurred about 2 months into last season. So the following analysis only includes season 2016/17 and doesn’t include the first 2 months which have traditionally been very positive. However the intention of this article is not to measure how profitable the model is but rather compare early release of odds to late release of odds.

The table above shows that the later release of predictions was in fact more profitable than the early release of predictions. A profit of nearly $8,000 for the later, compared to a loss of nearly $5000 for the earlier. Note however that the $DiffProfit amount for each ($483 and $890) is compareable, indicating that the odds still move in our favour after release and probably equally as much. With such a small sample size there is not a lot that we can say about that apart from perhaps that perhaps the later release time might be slightly more profitable as more knowledge of injuries etc. are known.
Similar results are shown for line betting but highlighted even more.

Profits were positive for OddsType 2 (later release) and negative early, but the $DiffProfit is substantially different, which odds moving in our favour greater for the later release.

Once again it’s the totals betting that has everyone talking the most.

A 18.2% ROI profit was made last year (not including the first two months), from 373 bets betting with the early 6pm markets. A high $DiffProfit also indicates that on average the odds moved in our favour quite substantially even during playoffs. A loss was made on OddsType2, but this could easily be attributed to random variation considering the positive $DiffProfit amount.

I know it’s hard to get your head around, but in summary we can say this. The Sportpunter NBA model is very strong. Its profits have been consistent throughout the years and I see no reason why they wouldn’t continue to be in the future. Totals betting seems to yield higher returns and is profitable all season, whilst head to head and line betting models are better exploited early and then treated with caution late in the season.

One thing is for sure, is that profits start from the first match of the season, so it’s very important to jump on board and don’t miss the early profits in season 2017/18.