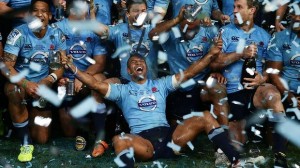 Well the Rugby Union Super15s season has finished and what another great season it was for Sportpunter clients. The free tips were given out every Thursday for the upcoming weekend, and punters well left very happy with the results.

There were some big wins at big priced odds throughout the year. We rated the western force a 47.3% chance to defeat the Chiefs in Perth in round 6, and they got up at odds of 3.77. The Lions defeated the Stormers and Cheetahs in rounds 1 and 2 at odds of 4.18 and 5.04. Full betting histories are shown here.
Shown below is a table about how we went betting for and against every team this season.

As you can see there are some very interesting things to note. At the top of the list is Western Force, who we bet on 8 times and never against. Similarly, the Lions we bet on 10 times and never against. Both these two teams provided a lot of the profit. Western Force improved from 13th spot in 2013 to 8th this year, and we were all too keen to bet on them. The Lions who came back into the competition on behalf of the Kings, surprised all by winning 7 of 16 matches.

Third on the table above is the Reds. 2011 champions, they finished 5th last year before blowing out to 13th this year. Whilst we had 4 bets on them and 6 against, the best against them summed up to 3 times the bets for, and we made a very nice profit betting against the Queenslanders.

We never bet on the Chiefs, and despite them finishing 5th this year we made a handy profit. But it was the Sharks who we struggled with the most. 3 bets for them and 6 against failed to make a profit. The sharks finished 3rd this year, up from 8th the previous, and I guess there has to be some kind of random variation when looking at numbers with such small sample sizes.