Could 2011/12 be the lowest scoring NHL season in history? 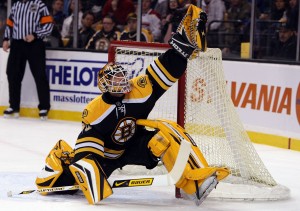 Note that since 1989 the average number of goals scored per match has steadily been decreasing, halted by a small upswing after the year off in 2005 when rules were changed to allow for more goals. Still, since 2005 the total number of goals has been steadily decreasing in the regular season. Last years average of 5.59 was only marginally higher than the previous lowest at 5.57 set in 2007.

If our previous analysis is anything to go by, we could be set for an average regular season total score of up to 0.47 goals less than the preseason, in other words, an average of only 4.86 goals per match.

Our successful models have adjusted for this, and we look forward to the start of the season, hopefully making as many more profits this year as we have in the past.

To sign up to the Sportpunter NHL model or to view the prices click here. Our previous betting history going back to 2005 is available here.