Many people know about the favourite/longshot bias that occurs in most sports, but little is talked about the overs/unders bias. Is there in fact a bias at all? We shall investigate.

Using data going back to the 2005/06 season, we have calculated the returns should one have simply bet $100 on either of the over or under in the total goals for the match. Which one will come up better? The results are shown below with the first table being the over bets, the second being the unders: 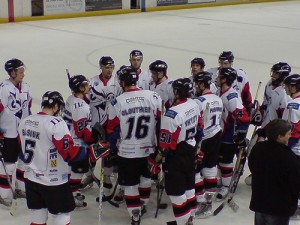 Is it possible that this difference is purely due to random variation? Quite possibly, however there is a reason why the bias is there. No-one wants to see a low scoring game, everyone likes plenty of goals and will generally bet with what they want to see. Also, punters will generally remember the high scoring games, the great goals of the year and the best goalscoring players. This in turn biases them towards betting the overs. The fact that in NHL, if the scores are level at end time, we have a playoff, then this I believe, adds more fuel to the fire to say that the bias is there. Because even if the scores are level, there still will be one more goal scored.

For those statistically inclined, the difference is in fact statistically significant. A simple one sample p test shows that the probability of such a result happening due to random variation is less than 1 in a thousand.

So the bias is there, and we have good reason to suggest why it occurs.

Such over-exaggeration from recent matches has forced the lines to move, and this is where we as punters can pick up on and make several value bets. In this short article, we haven’t even studied the teams and we are already picking up value bets that are statistically significant. I see no reason why this trend should not continue.

What will be interesting, is how the overs and unders work with soccer, basketball and many other sports. Will there constantly be value in all these sports? Let me know with you comments below.